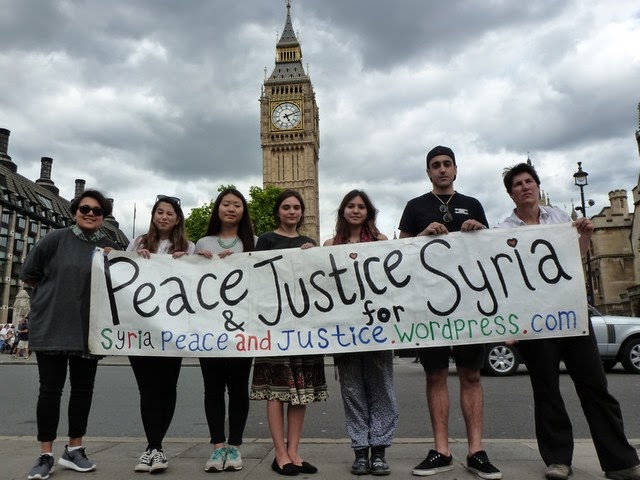 ** 9 Million Displaced Syrians Must Not Be Forgotten **

No need to bring tents as already organized.

The U.N. estimates that over 6.5 million people are internally displaced — an increase of more than two million in just six months.

Over 2.7 million have fled Syria to escape the violence, mostly to surrounding countries: Lebanon, Turkey, Jordan, Iraq, and Egypt. This has caused great pressure on the host countries, who are in turn suffering from their own internal turmoil.

The lack of clean water and sanitation in crowded, makeshift settlements is an urgent concern. Diseases like cholera and polio can easily spread — even more life-threatening without enough medical services. In some areas with the largest refugee populations, water shortages have reached emergency levels; the supply is as low as 30 litres per person per day.

Arms companies supply weapons to kill predominantly civilians, in other countries and make an obscene amount of money.

The money for the weapons is unwittingly supplied by the taxpayer.

Aid is then sent to these destroyed countries to ‘help the victims’ This is the taxpayer’s money.

Charities are then set up to help in the short fall of funds, again this is the taxpayer.

“I hope that those that have the most important responsibility in world affairs will be able to understand that forgetting Syria will be a total disaster,” says António Guterres, the UN High Commissioner for Refugees.

Russian arms manufacturer and supplier to the Syrian Government allowed to exhibit at the world’s largest arms fair in London, DSEI:
http://www.huffingtonpost.co.uk/2013/09/05/arms-control-syria_n_3864687.html

The time has come to peacefully decline.

The departure date for the Sail4Syria (has now been moved from June 21st to late June/early July (exact date to be confirmed).   We are in the process of carrying out essential tasks needed to ensure the safe and successful undertaking of our journey.

We welcome all support; if you would like to be involved in the project in anyway (for example with foreign language translation for promotional literature production), please send an email to: syriapeaceandjustice [at] gmail.com
All donations are very welcome.

PS:   Maria and Simon will be talking about the Sail4Syria project at the 29th Anniversary of the London Peace Pagoda at Battersea Park, London at 2 p.m. on Saturday June 21st. Please see the following link for details:
http://www.networkforpeace.org.uk/calendar/peacepagoda/2014/jun/29th-annual-celebration-london-peace-pagoda